You are here: HOME | Articles | British in Africa 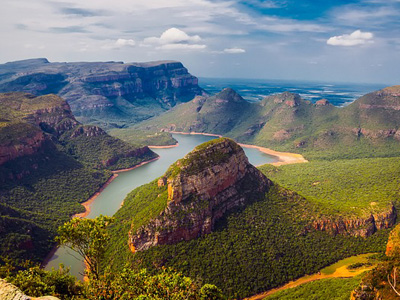 Image by David Mark from Pixabay

The British in Africa

As the greatest colonial power in the world, Britain was involved in the largest number of conflicts with non-Europeans. The construction of the Suez Canal gave Egypt a central position in the British Empire because of the importance of the lines of communication to India. In 1882 severe anti-western rioting in Alexandria resulted in British intervention. In September a British army under Sir Garnet Wolseley launched a surprise night attack that crushed the Egyptian army at Tel-el-Kebir; an immediate pursuit finished off the war and placed Egypt under British domination.

Troubles in Sudan then pulled the British into involvement at the headwaters of the Nile. In 1883 followers of the Islamic fundamentalist ruler, the Mahdi, wiped out an Egyptian army of 10,000 men and preserved the independence of the Sudan for another decade. In 1896, however, the British under General Horatio Kitchener began a systematic conquest of the region. Supported by a railroad constructed as his advance proceeded, Kitchener brought modern military power to bear on his opponents.

At Omdurman, an army of 40,000 Dervishes struck Kitchener's Anglo-Egyptian army of 26,000 troops, but commitment was not proof against rapid-fire weapons and artillery. The high point of the battle saw the 21st Lancers launch one of the last cavalry charges in history to crush a final Dervish attack. When it was over the British had suffered fewer than 500 casualties (with only fifty dead), while 30,000 Sudanese lay dead and wounded.

Further south on the continent, the British regarded South Africa as of great importance for its links to India until construction of the Suez Canal. Here they encountered hostility not only from the original Dutch settlers, the Boers, but also from the Zulus.

With construction of the Canal the British might have let South Africa slide into oblivion, but for the fact that the world's greatest supply of diamonds was discovered along the Orange River; further discoveries of South Africa's mineral worth only fuelled British ambitions.