Cultivating Flowers in the Garden 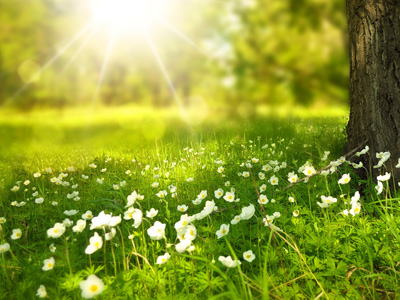 Meadow Flowers in The Spring

Image by Kohji Asakawa from Pixabay

Plants and Flowers in the Garden

As far as outdoors are concerned we can conveniently divide them into four groups: the Hardy Perennials, which will live for a good many years, and which include those suitable for the herbaceous border, as well as those suitable for the rock garden, and the water and waterside plants; The Biennials, some of which, such as hollyhocks and Canterbury bells, can conveniently be grown in the herbaceous border, while others such as wallflowers are used for spring bedding. Biennials are usually grown from seed one year to flower the next year. Annuals are those plants which grow from seed, flower, set seed and die all in the same year, and they are useful plants for a colourful display in beds or borders, can be used to fill in gaps in herbaceous borders, and many of them are ideal for window boxes or other such temporary purposes. The fourth main group is the Flowering Shrubs and Trees, all of which are, of course, hardy perennials, but it is convenient to put them in a separate group by themselves since they are, after all, more permanent even than the perennials of the border, because, although most of them lose their leaves in winter, they do not die right down, but retain their woody framework of trunk and branches.

Like vegetables, flowers give of their best when they are given good conditions, well-prepared ground and plenty of readily available plant food. It pays long-term dividends to prepare the ground well for flowers, for, except where annuals and biennials are concerned, they have to occupy the same ground for a good many years and once they are planted deep cultivation is impossible. Beds and borders intended for the cultivation of flowers or flowering shrubs should be deeply dug, and a fair amount of plant food such as well-rotted farmyard manure, compost, hop manure, etc., should be incorporated, mainly in the second spit, but well distributed in the soil and not left in a thick mat a foot or so below the surface. Into the top spit slow-acting, coarse-ground bone-meal can be dug in. As digging proceeds all perennial weeds must be removed. This is most important, as once such weeds as bindweed and couch grass have obtained a footing in the flower border, the only practicable way of removing them is to dig the whole border up again. And even then you can never be sure that you have eliminated every piece of root, for they invariably become tangled up with the roots of the flowers. So avoid future trouble by cleaning the ground very carefully.

The best time for planting herbaceous perennials is in the spring when they are starting into growth. So dig the ground and leave it rough in the autumn, so that the winter weather can break it down. Then in the spring, fork the plot over and prepare it for planting in the normal way.

When planting herbaceous perennials, don't overcrowd them. Leave a couple of feet between strong-growing plants, a little less between others. Don't plant too deeply - the soil mark on the stems is a good guide, but do plant firmly.

Generally speaking, in a herbaceous border it is a good plan to have the tallest plants at the back and the shortest ones at the front, but in a border that is not backed by a fence or hedge, and is intended to be viewed from all sides, it is better to have the tallest plants in the centre, grading down to shorter ones, at the front on each side. Don't make the borders too narrow - 1.5 metres should be the minimum, except in a very small garden. In that width you should be able to get a selection of plants which will flower over a long period so that there is always something of interest. The front edge need not always be straight; a series of large curves is effective and allows some of the taller plants to be planted nearer the front. Grass pathways along the front of the border are very commonly used, but paving stones are, perhaps, better, as low-growing plants at the front of the border can be allowed to stray over the edge of the paving.

Plan your border for colours, heights and times of flowering, before you plant. Remove dead flowers in order to prolong the flowering season and to prevent the border from looking untidy. In the autumn, when growth has died down, cut down dead stems and burn the hard woody ones, but compost soft growth which is not diseased. Lightly prick over the surface with a fork, between the plants and top dress with well-rotted manure or compost.

Hardy Annuals
To get an early display with annuals, the seed should be sown as early as possible after mid-March, depending on the state of the soil. If it is a dry month and the winds have dried out the top soil so that a fine seed-bed can be made, then sow the annuals. But if the weather is cold and wet and the soil is sticky and lumpy, then delay sowing.

Prepare the seed-bed carefully on ground previously well dug and with plenty of moisture-retaining material such as spent hops, compost or peat incorporated. Break up all lumps of soil, treading down and raking backwards and forwards until the top few inches of soil consist of fine, almost dust-like particles.

Mark out irregularly shaped patches with a corner of the rake and sow the seeds broadcast as thinly as possible in these patches. If the seed is very fine mix it with a quantity of sand to obtain even distribution. Then either rake the soil over gently to cover the seeds thinly, or sieve a thin layer of fine soil over them.

Unless the weather is very dry, watering should not be necessary, and the normal showery weather at this period of the year and the increasing warmth of the sun should encourage germination in about a fortnight or so. But cold weather will delay germination, so do not despair if nothing happens for several weeks.

It is almost impossible not to sow too thickly, so that when the seedlings appear it will be necessary to thin them to about 6 inches apart, removing the weaker ones wherever possible. Many annuals benefit from a little support, so thrust short lengths of twiggy pea-sticks in all over the bed they will soon be hidden as the plants grow.

One of the best ways of ensuring a colourful display over a long period is to snip oft all dead flower heads as the flowers go over. In this way the plant is prevented from using its strength to ripen seeds and, because of this, will often oroduce secondary flower stems.

Many of the hardier annuals can be sown in late August or September to flower the following year, while most can be sown in a frame and transplanted in March or April to their flowering quarters.

Half-Hardy Annuals
These are raised from seed sown in the greenhouse or frame in spring for planting out when the danger of frosts is over. Although most are useful for bedding out in beds by themselves, some can be used as individual dot plants in the annual border, while by sowing late they can be had in flower later and can provide useful late colour in the mixed border. Many of them are, in fact, perennials, although they are treated as annuals and discarded after flowering.

Biennials
Seeds of these plants are usually sown in May or June in a specially prepared bed in an out-of-the-way part of the garden. The earlier sowing month should be chosen for cold, wet soils

It is best to sow the seeds in shallow drills, for the fact that the seedlings are in rows makes weeding much easier. Sow as thinly as possible. As soon as the seedlings are large enough to handle, that is in July or August, transplant them in rows to another bed, sheltered from fierce winds. Keep them hoed or hand weeded. They will quickly form quite large plants and in October they can be planted out in the beds or borders where they are intended to flower.