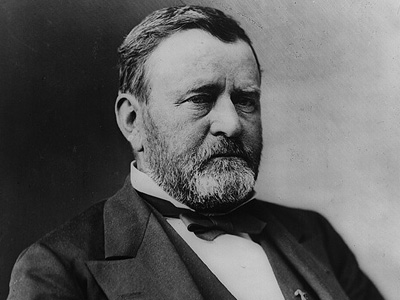 Image by skeeze from Pixabay

General Ulysses Simpson Grant was one of the greatest American soldiers of his time and who went on to become a President of the United States. Ulysses Grant was born at Point Pleasant in Ohio and started his military career by attending and studying at the military academy to become an officer when he was just 17 years old. His first experience of war was against Mexico and because of his bravery and other skills was quickly promoted to captain. When the war against Mexico finished Grant resigned from the army and returned to civilian life in 1854.

Ulysses Grant tried several jobs including trying his hand at farming which did not work out. It was said that when peace came he became too fond of drinking. He finally settled as a shopkeeper which he was still working at when the civil war came in 1861. Grant joined the Northern Union army where he became a colonel and was soon showing signs of bravery and skilled leadership. In these early days, Grant won several victories against the Confederate (Southern) armies but he was not successful all of the time. At one point his rivals in the Northern Union army complained that he drank too much. When the President, Abraham Lincoln, heard of this, he asked what brand of whisky Grant drank, saying he would like to send some to his other generals if it would make them fight like Grant did.

Finally, Grant became general commanding all the Union armies and by his determination and singleness of purpose he forced the Confederates to surrender in 1865. He wrote the terms of surrender, which were generous and without thought of revenge, himself. General Grant was aware that most of the Confederate soldiers were near to starving when they surrendered so he gave them food from the Union army supplies. Grant even allowed them to keep their horses so they could take them home for ploughing and working the fields in spring. General Grant actually hated war and once after a battle he slept outside in the rain because he could not bear to be near the sufferings of the wounded soldiers.

Grant became President of the United States in 1869 and remained in office until 1877. However, he was not as successful in the job as he had been as a general. He was too trusting with many of his government members and soon there were scandals connected with the misuse of public money. Grant was not involved in this. When he retired he was left almost penniless by a business failure. To pay off his debts he wrote the story of his life, while he was already dying of cancer, and finished it only four days before he died. Above his tomb in New York are carved the words Let Us Have Peace.