The Achievements of Lord Palmerston 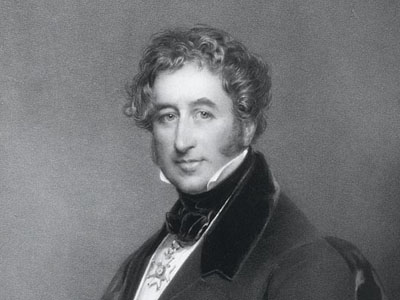 Henry John Temple (Lord Palmerston) was born in October 1784 and after a successful education at Harrow School, where he was often engaged in school fights and was remembered as someone who stood up to bullies twice his size, and afterwards at Cambridge University, he became one of England's most popular prime ministers and one of the best foreign ministers of the time. He inherited the title of Viscount when he was 18 years of age and became known as Henry John Temple, 3rd Viscount Palmerston.

He began his career in politics in 1807 when he became a member of parliament but didn't show any particular ambitions until he was in his mid-forties. In 1830 he was made Foreign Minister and was responsible for the whole of English foreign policy and his drive and enthusiasm began to change for the better. Palmerston's first big success and welcome achievement was to establish the independent country of Belgium, which had just broken away from its Dutch rulers of The Netherlands (Holland). Belgium became a country in its own right. Another significant achievement followed shortly when he successfully negotiated with the Chinese and obtained Hong Kong for Great Britain. Throughout this time he was also known for being deeply concerned about the trade in Negro slaves and he did much to suppress it.

Palmerston's successes seemed to change him. He started to do more or less what he liked and this began to erode his popularity with many, particularly with Queen Victoria. When called upon to explain his manner and policies when dealing with other countries Palmerston made a lengthy five hour speech in the House of Commons in his defence. This did not do him much good and many people still objected to his manner and high-handed methods. After a while, the government could only take so much and in 1851 Palmerston was finally dismissed as Foreign Minister after he made tactless remarks about France.

He then moved to the position of Home Secretary and seemed to settle down. In late 1853 the Crimean War began and this proved to be a difficult time for Britain. It was felt that Britain needed someone with the strength to lead the country through this period so in 1855 Palmerston became Prime Minister. He stayed on as Prime Minister until just before he died in October 1865 after suffering a chill which developed into a violent fever.