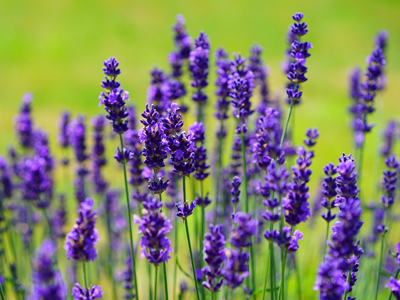 Image by Hans Braxmeier from Pixabay

Meadows and fields are really grasslands in that they bear more grasses than any other kind of plant. In several important respects, however, they differ from the upland pasture, and although some flowers may be found in both places, many different plants are typical of the meadow. The soil is richer and deeper as meadows are found in lowlands or valleys. For the same reason they are more sheltered from the strong winds. In addition most meadows and fields are not natural for they are tended by man. The farmer often alters them considerably by surrounding them with hedges in which different plants grow, or by draining them and so altering the amount of moisture in the soil. Sometimes they are used for the grazing of cattle and horses, and in the case of the hay-field mowing takes place once or more times a year. Often manuring of meadows is carried out and frequently special kinds of grasses and clovers are sown. All these things change the nature of the place from year to year and there are many plants which seem especially suited to this kind of community.

The meadow grasses are usually larger and more luxuriant than those of the uplands. Most of them have broader and softer leaves, and there are several which are especially valuable for both grazing and fodder. The Cock's-Foot is a large and tufted grass with broad, flat and rather bright green leaves which when young are folded in two along the mid-rib of the blade. The little scale at the junction of blade and sheath is pointed and rather papery. The flowering stem is tall and bears greenish grey flowers in bunches that grow turned to one side. The Smooth Meadow Grass is a somewhat smaller plant which spreads by means of creeping stems. The leaves are narrower and a darker green than the Cock's-foot. The flowering stem is delicately branched and bears small brownish-purple flowers. The Yorkshire Fog is sometimes called the Meadow Soft Grass for its leaves are hairy and very soft to the touch. The whole plant is a greyish-green and the flowering head, which is much branched, bears many flowers tinged with pink. The Rye Grass is one of the commonest grasses in meadow, pasture and waste ground. It is a very valuable grass both for grazing and fodder and is often sown. The narrow leaves are dark green and the flowering shoot is unbranched, bearing green flowers in a spike.

Three plants very common in the meadow all look like large daisies. The Oxeye Daisy has large flower-heads surrounded by several rows of scales with brown or purple tips. The leaves are dark green, smooth and slightly notched. The Feverfew has numerous smaller flower-heads and deeply cut leaves. The Scentless Mayweed, which despite its name has a slight smell, has very finely divided leaves and several flower-heads arising from the base of the plant. Here the scales surrounding the head have thin brownish edges.

Other well-known flowers of the meadow are the Dandelion and its relatives the Hawk's-Beards, of which there are several kinds. Hawkweeds may also be found, but on the whole they are typical of drier and often stony places, as, for example, the Mouse-ear Hawkweed of the pasture. The flower-heads of all three are alike in that they possess only one kind of floret. The Dandelion with its shining deeply-cut leaves bears only one head upon its flowering stalk. It flowers from spring until autumn. The common Hawk's-beard is a tall hairy plant with a branching stem and a much branched flowering shoot bearing numerous flower-heads which are smaller than those of the Dandelion. It flowers in late summer or autumn. These weeds spread very rapidly by reason of their numerous wind-borne fruits, and the Field Thistle also because of its branching underground stem.

The various clovers are nearly always among the inhabitants of the meadows. They belong to the Pea Family, and each flower-head bears many little flowers of the typical butterfly shape. All have the clover leaf, divided into three segments. The White or Dutch Clover has small whitish-pink flowers in which those at the base of the head tend to turn brown first. The stem is a creeping one and sends forth roots at various points which penetrate into the soil. The Red Clover is a similar plant with larger red-purple flower-heads on rather short stalks. The Zig-Zag Clover has somewhat brighter flower-heads and the creeping stem grows over the surface of the soil in a zig-zag manner. Clovers produce a great deal of nectar and are pollinated by bees. The honey manufactured by the bees from clover is particularly good. Plants of the Pea Family are of value because they enrich the soil if allowed to remain in it.

Sorrel is a plant of the meadow or field and belongs to the Dock Family. These plants all have a thin sheath which encircles the stem near the base of the leaf. The Sorrel may grow from one to two feet high. The stem is furrowed, and large arrow-shaped leaves arise alternately from it. The flowers are greenish at first, and the stamens are borne on different plants from the carpels. The long flowering shoot which bears the ripening seeds turns a rusty red.

Often the meadow is yellow with Buttercups, or as some people prefer to call them, the Crowfoots, because they think the leaves resemble the foot of a crow. There are three common ones all of which may be there. The Meadow Buttercup is a tall plant with an upright smooth branching stem. The leaves have five main segments, but each of these is again divided into smaller teeth. In the flower the sepals all lie close to the petals. The Bulbous Buttercup has a swollen rounded base to its stem, just below the ground, and the upright stem is furrowed. There are three main leaflets to each leaf and these again are further divided. The sepals turn back as the flower opens and lie close to the flower-stalk. The Bulbous Buttercup flowers earlier than the others. The Creeping Buttercup is a troublesome weed of lawns as well as meadows. It sends out many creeping shoots or runners which take root and so cause the plant to spread very rapidly. Despite their beauty, Buttercups are of no use to the gardener or farmer for they take much nourishment from the soil and their bitter taste makes them unsuitable for cattle.

Another handsome plant of the meadow is the Field Scabious. The shoot, often a foot or more in height, grows each year from an underground stem. It branches freely, and the upper leaves are more deeply divided than the lower ones. Many bluish-mauve flowers make up the head and those in the centre are touched with pink. Each flower has four petals. The Cowslip is a favourite flower of the meadow, owing to its pleasant smell and attractive colour. It belongs to the Primrose Family and the leaves of Cowslip and Primrose are very much alike. The flowering stalk of the Cowslip, unlike that of the Primrose, is much branched, each branch bearing a flower, but the flowers, though smaller, resemble those of the Primrose. Most of these plants flower early in the season, and so raise their flowers above the young grass of the meadow. The grasses themselves produce their flowering shoots in early summer and these too grow tall. The pollen is exposed to the wind and so is blown about freely. The grasses are often in flower when mowing takes place but many will have formed seed. Many also will grow up again from their roots which have not been harmed. Late-flowering plants cannot nourish in the mowing meadow, but round the edges, where the grass is left untouched, several of these may be found. The Cow Parsnip or Hogweed is one which flowers in summer and continues for some time into the autumn. It is a larger plant than the Hedge Parsley but has a similar umbel of white flowers. The leaves have big sheathing bases, and, although the blades are cut into large segments, they are coarser and less fern-like than those of most members of this family.

Another plant of the field's edge is the Meadow Crane's-Bill which is a tall plant with beautiful blue flowers. The stem, about two feet high, is branched at the top and arises from an underground stem. The hairy leaves are of two kinds: the lower ones are stalked, but the upper ones, rounded and deeply cut, arise direct from the stem. The flowers grow in pairs. Each is about an inch across and has five large petals.

Extracts from A Book of Common Flowers for Information - Meadow Flowers