You are here: HOME | Articles | Pocahontas 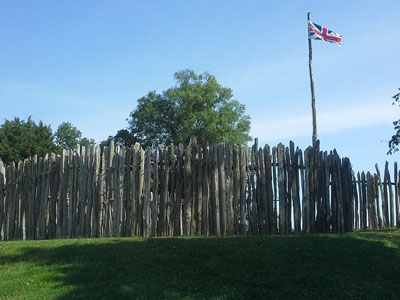 Image by jellygator from Pixabay

The Stories and Life of Pocahontas

Although it is certainly true that Pocahontas was the favourite young daughter of an American Algonquian Indian chief named Powhatan and that she married one of the early British settlers in North America, a lot of the stories and tales usually told about Pocahontas may well have been invented. However, what is certainly true is that she was one of the first native Americans to visit Britain. She was born in about 1595 and her real Indian name was Matoaka - Pocahontas was a nickname she was given and basically means anything from a playful little girl to someone a little more wanton. It was said that when the main story about her bravery was told she was only 10-12 years old at the time.

The main story goes that shortly after a group of English settlers arrived in Jamestown, Virginia in January 1608, the Englishman Captain John Smith, who was the leader of the group, was captured by the Indians while exploring the Chicka-hominy River in search of food. The Indians took him before their chief, Powhatan, who condemned him to death. Just as Smith was about to be executed by laying his head on a great stone and having his skull crushed by clubs, Powhatan's daughter Pocahontas ran forward, took Smith's head in her arms and begged her father Powhatan for his life to be spared. It seems that Powhatan eventually relented and agreed to his daughter's wishes and Captain John Smith was spared and allowed to return to Jamestown.

Four years later, after Captain Smith had returned to England, Pocahontas was taken prisoner by the settlers and held at Jamestown as a hostage, or security, against some English prisoners whom her father Powhatan had captured. She was very well treated and became a Christian. In 1613 she married John Rolfe, a widower, who came from an important Norfolk family and had been in Virginia for about three years. The marriage helped to bring peace and friendship between the settlers and the Indians.

In 1616 Pocahontas and several other American Indians sailed for England with her husband and their baby son. She was treated as a princess and entertained by King James I and his queen. She was also introduced to the Bishop of London and reunited with Captain John Smith, and this was when Smith decided to publish his account of how the young Pocahontas had saved him. Londoners flocked to see her and praised her charm and beauty. After spending a little more time in England travelling around it was time for Pocahontas and her family to return to America.

In March 1617 the family boarded a ship in London bound for Virginia. Sadly, just after the ship had set sail Pocahontas suddenly became gravely ill with either pneumonia or tuberculosis and died. She was taken off the ship and taken to Gravesend, Kent where she was buried in a churchyard - the exact location of her grave is unknown. She was only just 22 years old. The story of her rescue of Captain John Smith first appeared in an account published in 1624.