Rooks (known as the Crows) in the Wild

You are here: HOME | Articles | Rooks 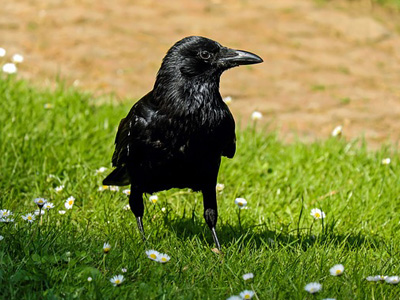 Rooks are also known as Crows

Image by Couleur from Pixabay

Rooks in The Wild

The rook, often called the crow, is a rather large bird, measuring about 17 inches from head to tail. Its plumage is black, but as it becomes adult the feathers covering the face and nostrils are shed, leaving the skin of these parts bare. The bird has long and pointed wings, and is a strong flier. The bill is stout and almost straight. Rooks are no songsters, their harsh "caw" being destitute of musical qualities. When heard at a distance, however, the cry becomes a confused noise or chiding; or rather a pleasing murmur, very engaging to the imagination, and not unlike the cry of a pack of hounds in hollow, echoing woods, or the rushing of the wind in tall trees, or the tumbling of the tide upon a pebbly shore.

One of the most interesting features of rook-ways is the habit of living in organised communities. It is true that a primitive form of social life is found among swallows, martins, and (in winter) larks, reminding us of the gregarious habits of the rabbits among mammals; but a rook-society is rather to be compared with the pack-life of the wild dogs which depends for its integrity upon the observance of certain rules of conduct by its members. Naturalists have long known that such a code of laws is in force in every rookery, but what these laws are we do not fully understand. Here is a profitable and interesting field of observation for the student! It has sometimes been observed that certain birds are prevented by the rest from building until the nests already commenced are finished, and cases have been known of birds being expelled from the rookery, or even put to death, after a consultation or "trial," presumably for some breach of law. On the other hand, it must be admitted that rooks are generally arrant thieves, not scrupling to rob their neighbours' nests of building-materials to save themselves trouble. They are also very quarrelsome.

The nests are built on high trees; they are composed of sticks and turf, and are lined with moss and soft grass. As each of several adjacent trees often contains a large number of nests, a sort of rook-town called a "rookery" is formed. This is added to from year to year, as the number of the birds increases. During the summer the rookery forms the headquarters of the community, but about August or September, when the leaves are shed, the birds leave their nests, to spend the winter in thicker or evergreen woods, often at some distance. At intervals during the winter they revisit their spring nests. They come back to the rookery in February or March, and at once set about repairing old nests or building new ones. The male bird begins to feed the female even before the bluish-green eggs are laid, and is a pattern of domestic virtue throughout the period of incubation. For some time after hatching, the young birds are fed by the parents. Rooks feed on the ground in flocks, a few birds remaining behind in the trees as sentinels to give the alarm when danger threatens. The food consists very largely of the larvae of injurious insects, especially the grubs of the cockchafer beetle, and although the birds undoubtedly eat corn and other young crops, they do far more good than harm.