Socrates and his Life in Athens

You are here: HOME | Articles | Socrates 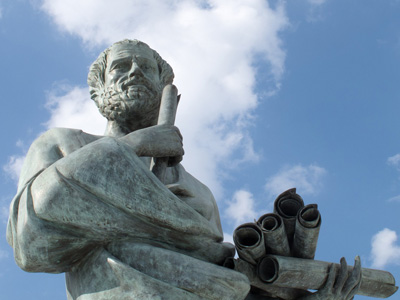 Image by Raimund Feher from Pixabay

Socrates - Quest for the Truth in Athens

Socrates was born about 470 B.C. in Athens in ancient Greece and had the amazing gift of finding out the truth. His early years were spent as a soldier with great courage, and on one occasion he saved the life of Alcibiades who would eventually become one of his pupils. Socrates was a stout man although not very tall and handsome, and he had a wife called Xanthippe who had a very bad temper. As a learned man and a teacher he did not give public lectures and he did not write his teachings down. What was written down at the time was by his greatest pupil, Plato. It was Plato who also gave us some insight into his life. Socrates had a habit of walking barefoot throughout Athens and talking to anybody who would listen to him. When he did talk with someone who knew what they were talking about, Socrates would ask questions in such a way that it would make people lose confidence and admit they didn't really know the subject as well as they thought. This was his way of getting to the truth.

Unfortunately, with this way of speaking to people, many quickly grew to dislike him. It wasn't long before Socrates became unpopular with the with the politicians in Athens and was eventually accused of spreading teachings that had a bad influence on the young. He was also accused of being disrespectful to the gods. The time quickly came for Socrates to explain himself and apologise. His defence was known as the Apology of Socrates and was written down by Plato. In the speech he made, Socrates showed that he was not afraid of death and would continue the search for the truth. Socrates was sentenced to death and whilst in prison he spent most of the time discussing the life of the soul after death of the body with his friends. He died after drinking a cup of hemlock poison which was the traditional method of execution for condemned criminals in Athens at the time.